It’s been quite a while since I last posted anything here, mostly due to various illnesses that worked their way round our family until it felt like we were living in some kind of plague house.

But I’m now feeling much better and ready to get things back on track also today Wednesday’s Child is 5 years old so birthday celebrations have been the order of the day!

5 years ago today I received my first order (sadly Etsy hadn’t made the phone app at the point so I wasn’t woken by the lovely cha-ching noise that’s so fun to hear these days.) I had handed in my undergraduate dissertation a few days before and listed my first items at the end of May.

It was 2011 and the final Harry Potter film was going to be released that July so naturally being the geek that I am my first products were Harry Potter ties and robes. That summer between June and December that year I sold 34 ties and many other Hogwarts House Pennants and even a few kids Harry potter robes and baby mobiles.

Between then and now I shifted my focus onto solely historically accurate costumes, lost pretty much all pop culture references and got so into Jane Austen and Charlotte Brontë I’ve got two whole literary inspired sections in my shop!

The past 5 years have been incredible, both personally and professionally. I’ve had costumes travel as far as Colonial Williamsburg in Virginia, to museums in Wales and even to a Yorkshire historical dance troupe! I’ve lived in Canada with my best friends, moved house (and studio) 3 times and even been featured twice in the Jane Austen Centre’s official magazine Jane Austen’s Regency World.

In the last year I’ve become involved with a wonderful voluntary educational re-enactment group based at Lauriston Castle in Edinburgh, (the brilliant Edinburgh Living History – more on them soon!) and really, 2016 looks to be shaping up to be my best year yet!

Along with my annual birthday sale in July I decided to celebrate my little baby business turning 5 in style today. This meant a very special trip to the tattoo studio and of course yummy birthday cake (complete with candles!)

I chose, in honour of my 5 year anniversary to get my damask logo tattooed on my wrist. I designed the damask myself in Adobe Illustrator and it’s not just a connection to my business but to my world life of sewing and creativity. 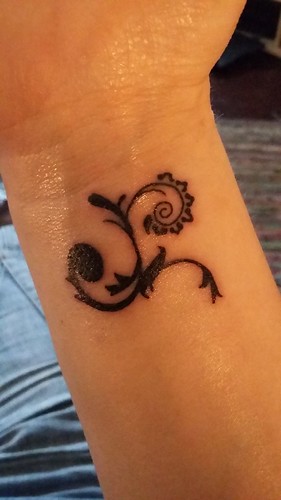 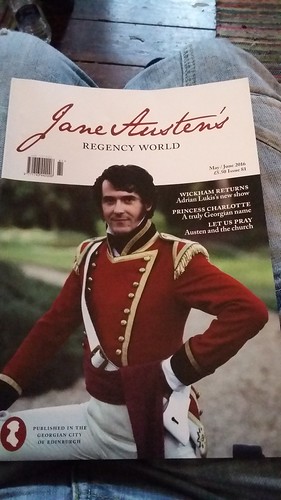 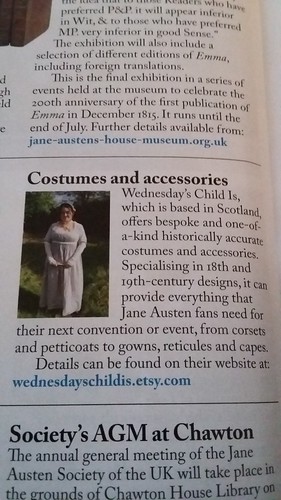 Then on my way home I decided to splurge on some celebration chocolate in the form of a very childish caterpillar birthday cake, I even bought purple, silver and gold candles to blow out! 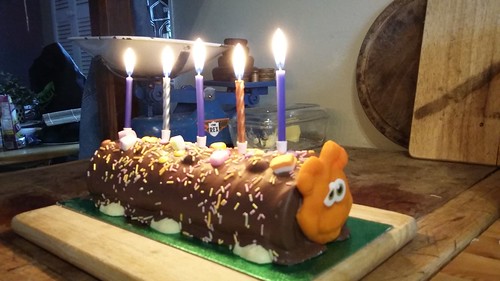 (Sadly the broken eyes made the caterpillar look very sad 😦 ) 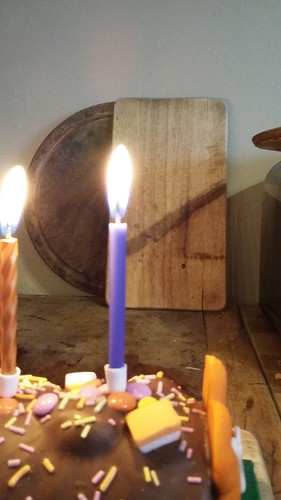 The mammy and daddy even tried to sing happy birthday, which did feel a bit ridiculous 😀

But all in all this birthday has been very fun, and tomorrow I get to wake up, have some leftover cake for breakfast and head back into the studio and get back to work making some fun 18th century costumes for the aforementioned Edinburgh Living History.

Good Mood Mondays should be back next week along with some Charlotte Brontë themed goodies but until then,