This year I started seeing a therapist. At first it was through the MS society; because (and I freely admit this) I was really needing help coming to terms with my diagnosis and accepting that my life may be different from the way I’d envisioned it but not necessarily bad or wrong. After 6 sessions I decided to continue with her privately.

One thing that has come up repeatedly is how I deal with endings and loss. I am going through a form of grief as I come to terms with my diagnosis – it’s long and never straightforward and really, really hard.

There have been quite a few changes and losses over the last few years – most obvious really is that I have now made the decision to stop sewing; to give up being a professional seamstress.

This means a change to my business model; to my blog; to everything really. But I’m getting there.

I started my MA near the end of 2016. That was 3 whole years ago. A lot has happened in that time. As part of our pre-start homework we had to come up with 20 possible story ideas – one of which could eventually become our major project. Thus Rosa’s story was born. A tiny little paragraph of a story idea; that really doesn’t relate to much of the novel once it was finished. But it was a start.

So Rosa has been with me for 3 years; been with me through everything – through every ending and loss that I’ve had to deal with. She was even there while I was lying drugged up and barely conscious in hospital.

On the 15th September 2016 I came up with the idea for Rosa’s world and on the 29th November 2019 I finally got to write The End on my first draft.

This ending has been much harder than I expected. I spent the last week of November close to tears at all times and was maybe a bit unconsciously avoiding getting to that last line by sometimes only writing about 300 or 400 words a day.

A screencap of my word count tracker for my novel

I know that this isn’t the end. I still have a long way to go until I let other people read this; until Rosa’s story is ready for the rest of the world BUT it is AN ending. After discussing it with my therapist I knew this was an important ending to mark and acknowledge. Rosa is a second generation Russian immigrant in Scotland and she often slips in and out of Russian while telling the reader of her adventures. She suffers losses in the novel too so I came up with the perfect way to say goodbye; to let Rosa say goodbye to her family too.

I held a funeral wake. Well, after reading about funeral traditions in Russia I held a make-shift wake. The biggest features of a wake tend to be feasts and remembering and saying goodbye. So I ate special food (blinis, smoked salmon and caviar and home-made black bread with sour cream) and offered a shot of vodka covered with a slice of bread to the spirits of Rosa and her family; in a kind of symmetry to breaking bread with someone when you first meet.

It felt right to say goodbye to Rosa like this (yes I did taste the vodka, and yes it tasted exactly what I’d expect nail varnish remover to taste like) to say goodbye to the last 3 years of my life; and the version of Rosa that was born from that.

And so here I am, forcing myself to take a break for a few weeks before re-reading the novel and starting the long process of editing. It’s been harder than I expected now that I don’t have writing to do. So I have been trying to get back into baking and trying to find something to occupy my time. I have been instructed by my therapist however, not to fill up every minute of the day. I need time to process she said. I guess maybe I do. 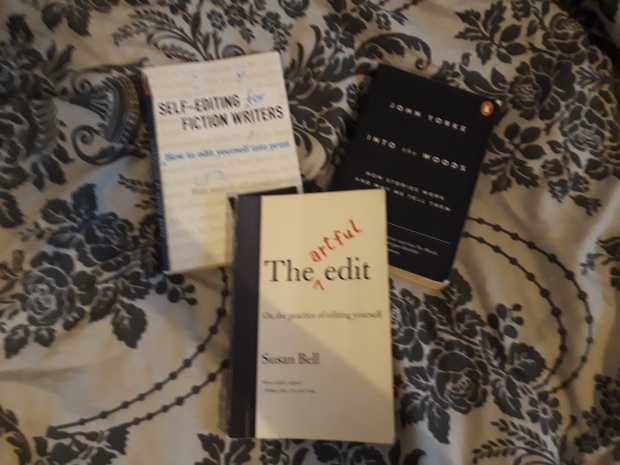 Why was it so hard to take a non blurry photo? Perhaps we will never know…

Next year will also bring changes and endings. Next year will bring them for Rosa too. But for now I’m relaxing and finding new things to read and even thinking of completely different things to write.

Goodbye Rosa; thank you for staying with me this far ♥

One thought on “Acknowledging Endings When They Come.”