I figured 2 weeks was enough of a gap before giving you another update on how my front fall breeches/pantaloons are doing!

I haven’t really done much more than make up the toile. I realised that with Halloween coming up soon I should really get on with some costumes for the shop. I’ve been working on both a Knight’s outfit and a little pirate one.  I’m going to be photographing and listing these tomorrow along with my men’s regency shirt and another bonnet.

As well as working on those I had a photographer from The Evening Times round on Thursday for the spotlight interview I did for their business column. That meant going a little overboard in gutting the flat and reorganising my studio. I even shampooed the hall carpet and washed the living room windows (inside and out). In the end he was here for about 10 minutes and didn’t see anything of the flat other than the living room/studio but never mind! The interview should be out this Wednesday and I’ll be linking to it on my Facebook page when it’s out 🙂

Ok on with the pantaloons!

I finished last time with the bearers stitched on ready to cut the falls. 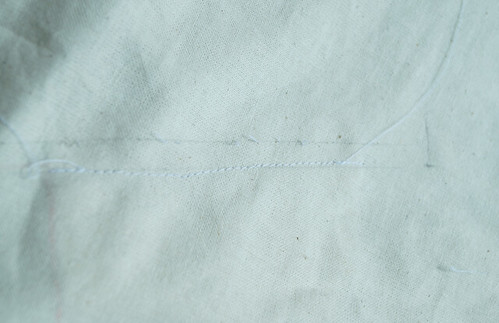 But the stitch line attaching the bearers to the front is about 1/8 inch from the cutting line for the front fall. This will obviously create a gap but the binders will cover this anyway 🙂 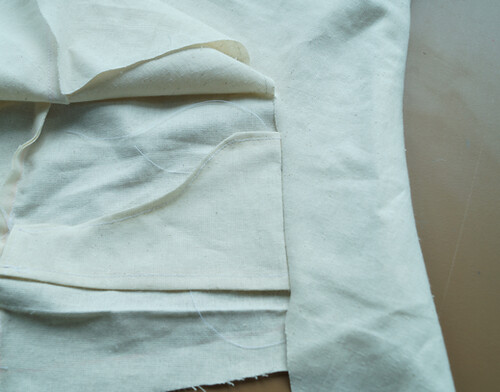 The front fall is cut to about 1/2 cm before the bottom of the line to make it easier to attach the bracers. I then pressed over the bearers to where they will sit in the final piece. The bearers will be hidden completely with the falls. 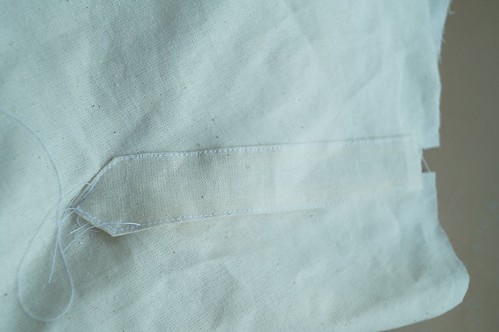 I top stitched the binders, when doing the final pantaloons they’ll be lined as well as everything else but until then the top stitching shows how they will sit once finished J top stitching also leaves the seam allowance of the fall clear for when doing the lining. This one came out a bit messy and I think I stretched out the calico slightly while pressing it but hopefully as my fabric will be slightly stiffer and lined for the final pair it’ll work out fine in the end.

The middle point of the binder sits at the bottom of the fall cutline. So that it covers the gap of the fall completely. 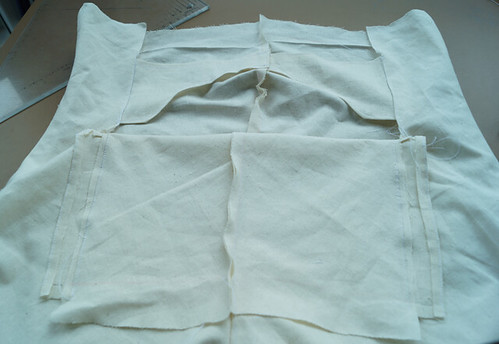 So this is what the falls look like once the binders are on. The bearers will close with button beneath the falls; matching buttons will then be used to keep the falls up as well. Thankfully it looks quite neat once the falls are pinned up 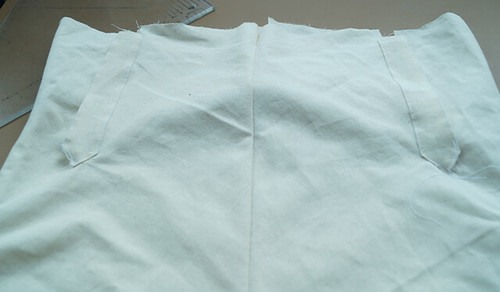 Next time I’ll focus on the waist band, which I think I got slightly wrong by folding it half rather than doing a double layer so it ended up narrower than it should be but for the toile it works well enough to know how it’ll look.

Ok well until next time