So I promised a photo blog of my attempt at front fall breeches/pantaloons and here it is!

In this part I’ll discuss the pattern, a bit of the history of the design and the first attempts at assembly.

I used a pattern from “The Cut of Men’s Clothes 1600-1900” by Norah Waugh. I love this book; it gives really clear and straightforward versions of historical patterns along with an overview of clothing from each era and lots of comments from contemporary sources. I’m also planning at some point to buy a copy of Waugh’s other book “The Cut of Women’s Clothes 1600-1930”.

The pattern I used is from 1795 and features one leg seam on the outside. 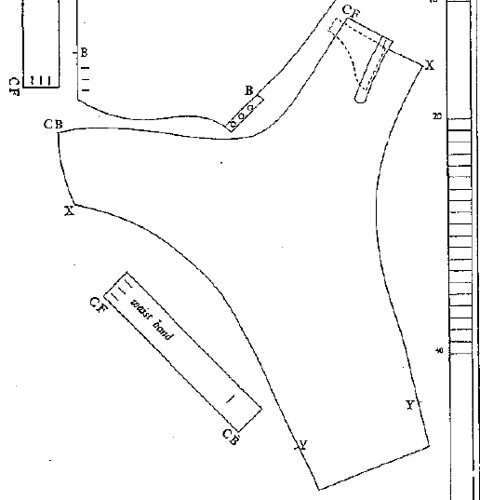 When I first saw this pattern I was entirely confused by it. Although I have made 18th century breeches in the past they were from a theatrical pattern so had an inside and outside leg seam. Instead of trying to grade up the pattern to fit my model the first time I decided to just do the standard pattern size in order to find out how to make them.

According to Waugh, pantaloons evolved from breeches and became more popular during the 19th century.

So my first task was to draft the patterns, I was a bit confused at first by the fact that the binders and bearer  were drawn into the main pattern.  One of my only complaints with Waugh’s books is that there are absolutely no instructions or guide in how to assemble the patterns. I understand that as these patterns are based on historical pieces and advancing in tailoring mean that it might be difficult to give cutting guide, I still wish there was at least some instruction 🙂 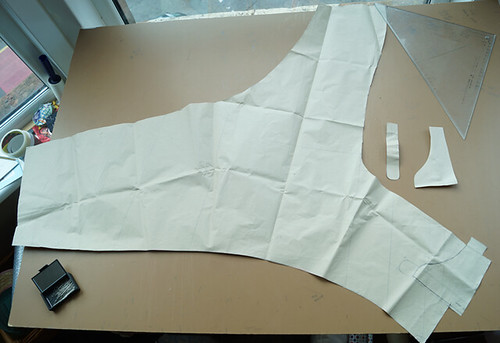 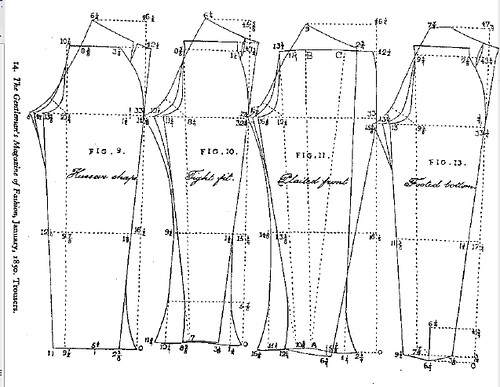 But I persevered and started working out how to attach the bearers. When making up the final pantaloons I’ll be using lining but for this trial I just folded over and top-stitched the seam allowance.

At first I attached them and then couldn’t work out how to cut the fall while leaving them in place. It also turned out that I was trying to attach them on the wrong side! 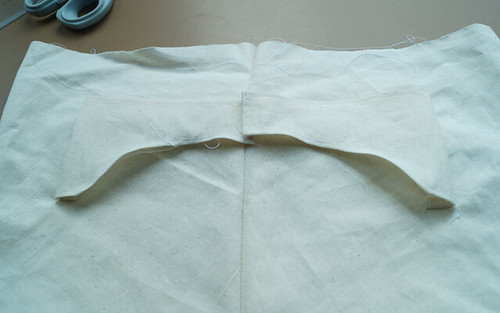 Ok that’s it for this time! Next post I’ll go through the front fall piece and binders.