Hi and welcome to this week’s Good Mood Monday!

Today I have been mostly making a silk cravat and trying to figure out how to connect Chartism with the history of working class clothing (more on that later!)

It’s been a fairly disjointed week what with the long weekend over Easter so today didn’t feel much like a Monday. But I thought I would share some interesting things about my week.

First off, because 8 are not enough, I bought another sewing machine! This one was only £5 out of a charity shop; it’s a Vulcan Countess from 1966. (It’s actually stamped with either June or July 1966 – a bit hard to make out) It was actually produced as a toy for children. It’s a single thread hand crank design which creates a chain stitch rather than using a bobbin thread underneath. 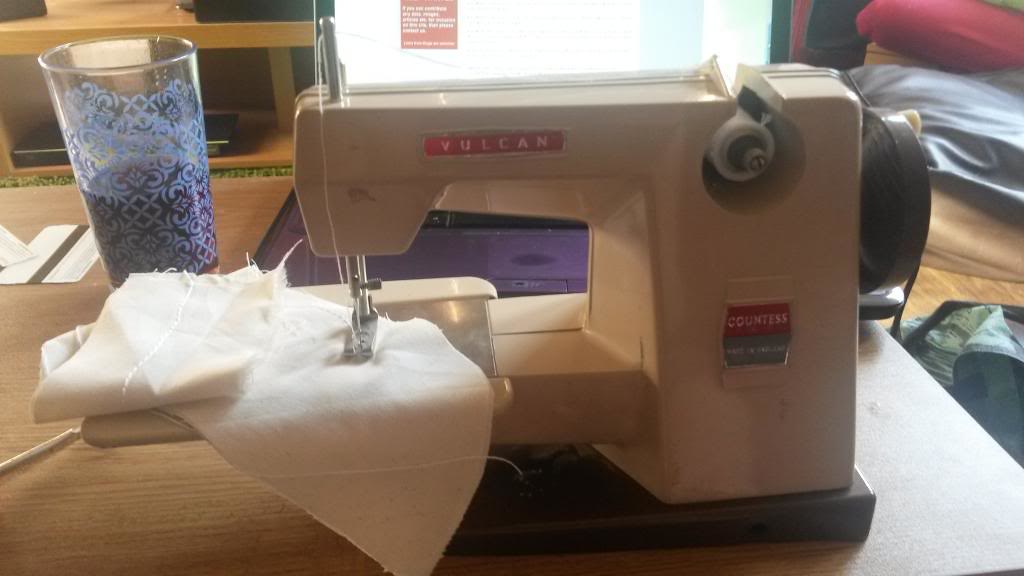 Thankfully it’s pretty small and light (I was able to carry it in my bag for most of the day without it getting too heavy) so it’s currently sitting on my bookshelf, waiting to be used!

And now onto the rest of the week!

First off, on Wednesday I found out that my application to Art Trust Scotland had been successful and that I was going to receive some funding towards my big research project into the clothing of the Victorian Working Class. I’ve been wanting to start this project for ages but haven’t had the funds to kick start it but now I can! After being unsuccessful with a different funding application earlier this month I was feeling slightly disheartened about the whole thing but this has spurred me on to actually get moving with it!

I’ve also been greatly inspired by Sarah Goodman of Mode Historique who has been running an extremely successful Indiegogo campaign this month to raise the funds to get her all the way to Platt Hall in Manchester from California in order to study of the last existing Chemise A La Reine gowns for her Masters’ Thesis. So keep your eyes peeled in the near future for my attempt at an Indiegogo or Kickstarter campaign!

This is where my notes about Chartism come in. When I first envisioned this project it was going to be covering the whole of Victoria’s reign from 1837 to 1901. As I started to do preliminary research on the topic I realised that Holy crap that’s a looong time! So I began to diverge slightly and try to figure out a suitable time frame. I didn’t want to just pick a random decade for the sake of it, I decided there needed to be an actual reason for choosing a certain time period, enter Chartism.

This was a movement between 1838 and 1850 of great political and social reforms (or attempts at reforms) for and by the Working class in Britain. Although the official movement kind of ran out of steam by 1850 the legacy lived on well into the 1860s with the Reform Act of 1867(in England, 1868 in Scotland and Ireland) finally enfranchising many urban working class men.

With such a period of political, social and cultural upheaval in Britain affecting such a large portion of the working class I felt it was a perfect place to start my research.

Anyway I’ve started a new page on the website to track my progress and makes notes throughout my research, it’s pretty empty right now but keep checking back as it will (hopefully) fill up very soon!

The rest of the week has been fairly relaxed; I attended an exhibition held at Kelvingrove Art Gallery and Museum called “How Glasgow Flourished” and discussed the changes and growth of Glasgow throughout the Georgian period (1714-1837)

I found it really quite interesting and as planned I will be doing a proper write up fully later this week. One part that I was especially excited about was that they had a couple of extant garments from the period; including a wonderfully embroidered muslin gown made in Glasgow around 1800. 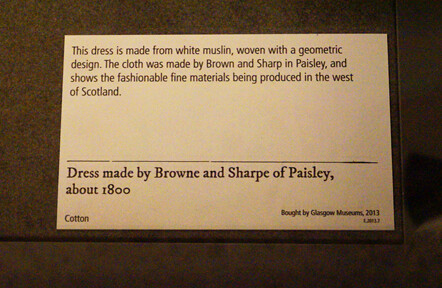 It is extremely close in design to a gown in Janet Arnold’s Patterns of Fashion 1; a pattern which I was kind of intimidated by and had been considering avoiding. But since seeing it up close on display like that I can now more fully understand the cut and fit so I think it’s definitely one I now feel a bit more confident in trying!

I did manage to get a few photos of the overall design and some close ups of pattern/textile design but the exhibition is on until July so my plan is to go back a few times to try get as many photos as possible to really understand the construction as fully as possible! 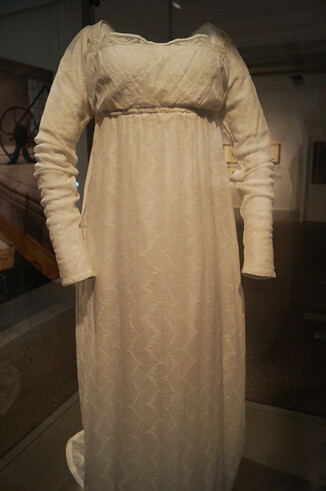 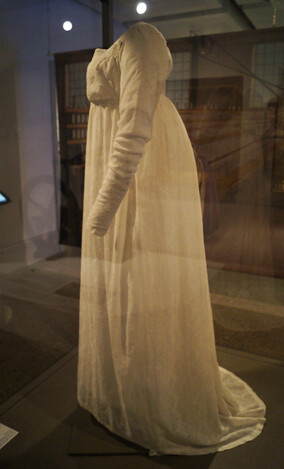 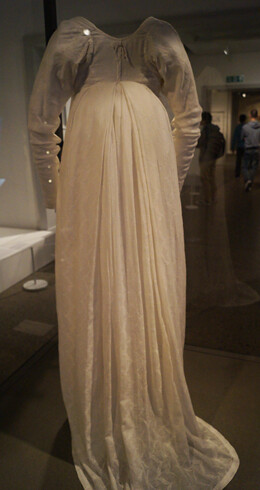 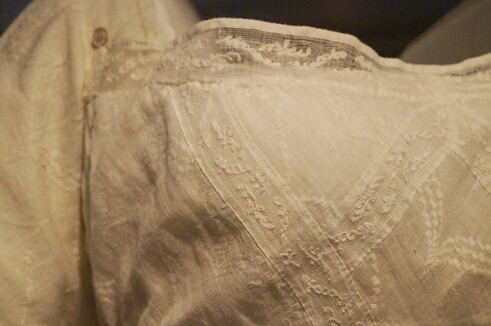 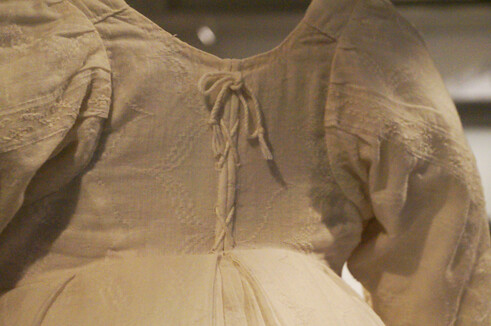 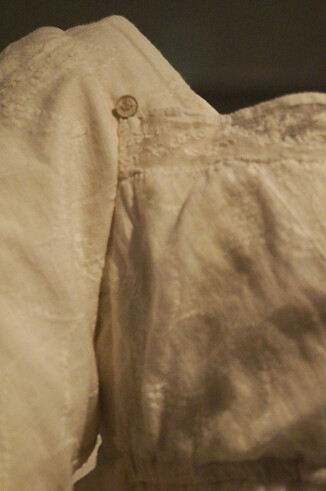 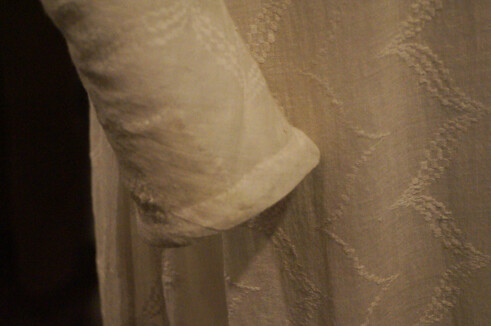 What I like most about it is that it was made in Scotland. A lot of my research of the Regency period has turned up pieces from England or Europe, especially since a lot is connected or “inspired by” in some way with Jane Austen. It’s not that there is anything particularly wrong with that but it’s a nice example of the fashions of the time in Scotland.

I realise this has been a bit of a word heavy post rather than having lots of pretty pictures but I promised lots and lots of nice photos in my write up on the exhibition this week!

I hope you all had a lovely weekend and have fun in the week to come,