It was strange trying to think of a topic for this week’s Good Mood Monday as today marks the 3 years anniversary of my gran’s death. I want to make this post a feel good post but need to discuss a few things first, so bear with me 🙂

The day I found out my gran died was a Friday, Friday the 13th in fact, but it didn’t feel like it was terribly bad luck thing to happen. The date didn’t correlate with the idea of bad luck; she could have died a week later and it would have still been horrible.

I was in Wales at university when it happened and wasn’t sure what to do, I couldn’t jump on a train straight away, partly because it was about 8pm by that point but also I had uni work to do over the weekend. My first response was to see my friends, to not hide in my room. We decided to rent a film to take my mind off things. Wandering round the rental shop, I struggled to find a film. What film wouldn’t make me cry? What film doesn’t deal with family and/or death? Which film is totally unrelated to everything that was going through my head? The film I came up with was “Drop Dead Fred”

I LOVED this film growing up, as a child (and adult) with a fertile and somewhat overactive imagination, the idea that your invisible childhood friend could come back and help at the most difficult points in your life was brilliant. Plus, I would argue it is an example of Rik Mayall at his insane best 😀 The strange thing is, when watching this film recently I finally got a lot of references that went over my head as a child, making me question why I was allowed to watch this film as a 6 year old. However, I would argue that this film is the perfect pick-me-up for anyone needing to escape reality for an hour or so.

It has become a tradition of mine now to sit and watch “Drop Dead Fred” at least once on February 13th. So after this post, I’ll be making a hot chocolate, wrapping a blanket round myself and settling down to watch the movie and remembering how awesome my gran was.

So after that little heartfelt message of love I bring you the real Good Mood Mondays post.
I want to talk about two things, both related to cats. 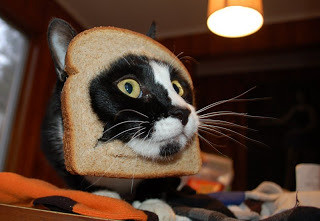 Secondly, and I won’t say much on this except Cat Yodelling is epic:

That’s me done for today. Hope everyone has a good Monday and an awesome week all round 😀 ❤