I’ve been very busy this week with orders and preparing (panicking) for my interview on Wednesday so I don’t have a huge amount of real life good news or fun times to impart so I decided this week will be pictures of cats. 😀

I know it’s the fall back of the internet generation to focus on pictures of cats but who cares, my cats are awesome.

We currently have 3 cats and I’ve probably mentioned this many times before.

Spider is the eldest who we affectionately call spider-elephant because not only does she put on an extra layer of fur every winter she also grows about twice the size with a massive elephant belly. She has a purr louder than a car engine and is very cuddly and friendly (although she does prefer it if you make the effort to pet her, rather than her coming to you) 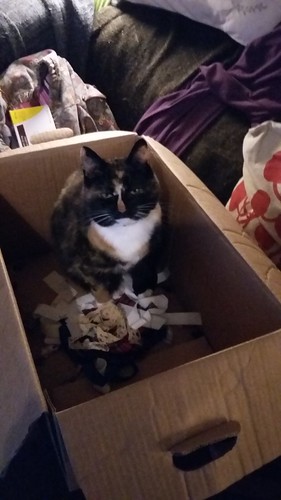 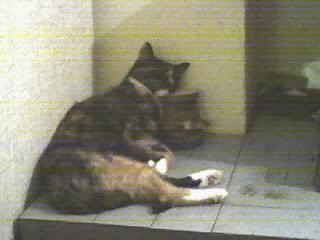 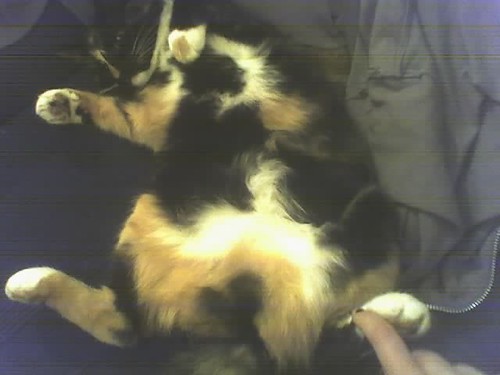 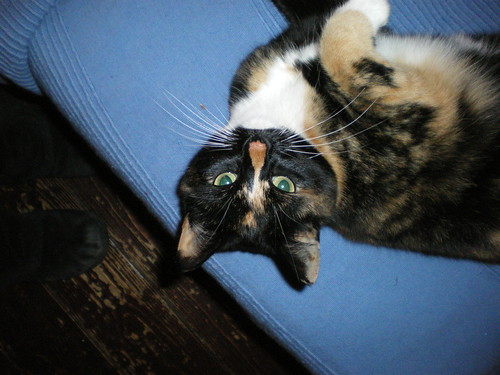 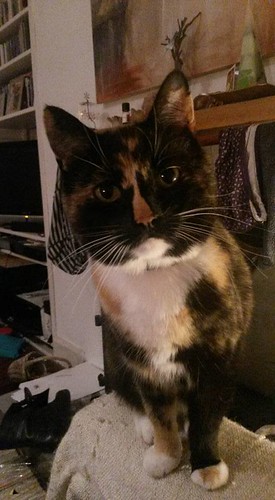 Second we have my darling wonderful squish Josiebean (real name Josephine). She is possibly the weirdest cat I have ever known and has more nicknames that I can remember. I’ve had her since I was 16 and love her to bits.
She likes to swim and sit under the kitchen taps when they drip she also likes to build caves inside duvet covers and sleep for days. 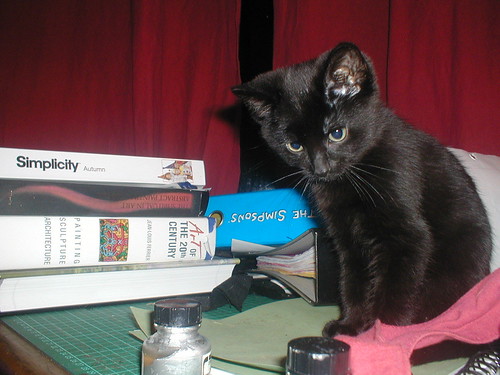 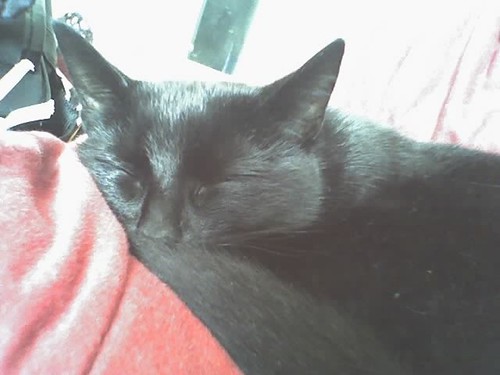 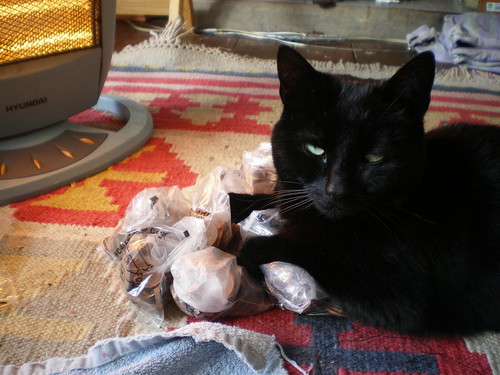 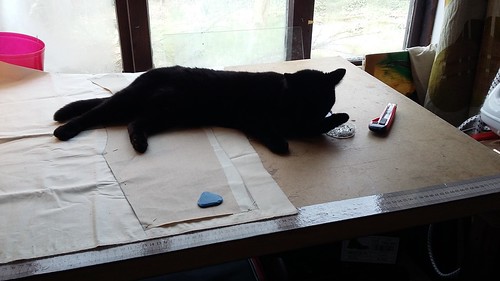 Then we have little Mishka Maia. She’s only 2 and half but already turning into a little bruiser. For the first 2 years she was an indoor cat and has only just recently been allowed out into the big wide world and to be honest she loves it.

We keep catching her climbing up the giant birch trees at the back of the garden trying to hunt crows (who are at least her size if not bigger).

She is a crazy wee grey furball who can switch between purring wildly and dribbling everywhere to attacking your face and running away sideways like a crab. 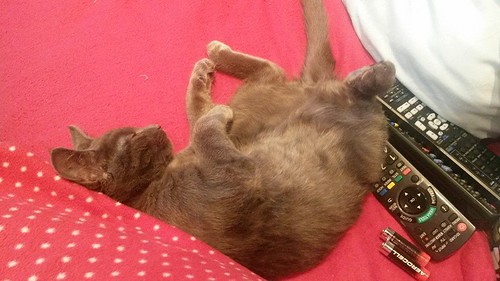 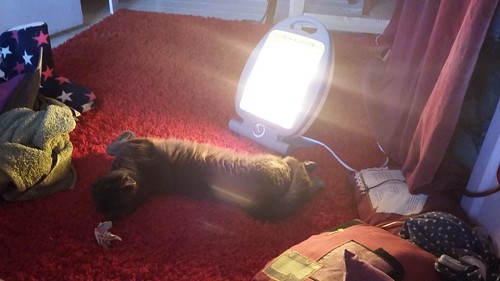 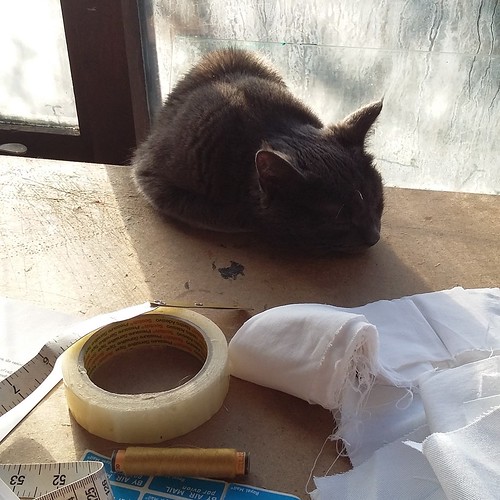 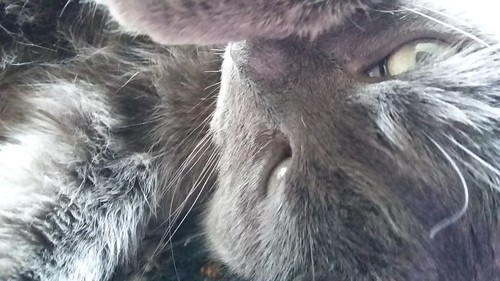 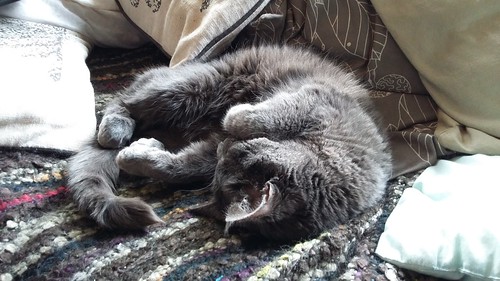 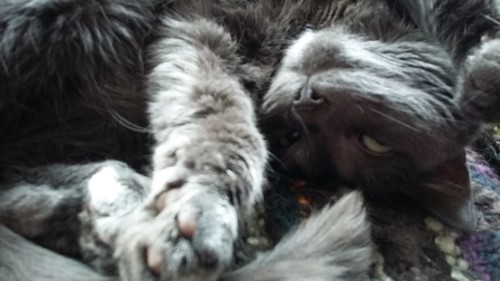 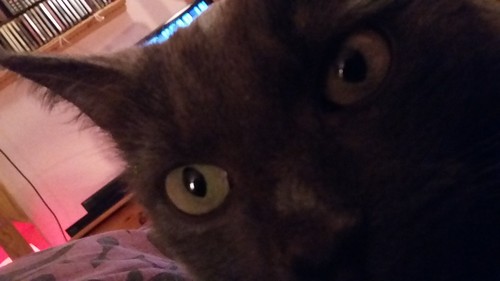 So there we go another short but very sweet and cuddly good mood Monday post for you all.

These kitties make me so happy and lift my mood every time I see them so yay for cats! 😀

I’m currently working on an 18th century jacket behind-the-scenes post and a Jane Eyre appreciation post but until then,